I’m often asked a series of questions related to managing team health, creating realistic schedules, the need for crunch time, how to “squeeze an extra 20%” out of an already efficient team, and so on.

Here I explain what we did at Zynga with anonymous surveys, to objectively assess team health and make improvements.

This topic is especially on my mind as friends and colleagues discuss recent suggestions that working in the gaming industry is just supposed to be insane. 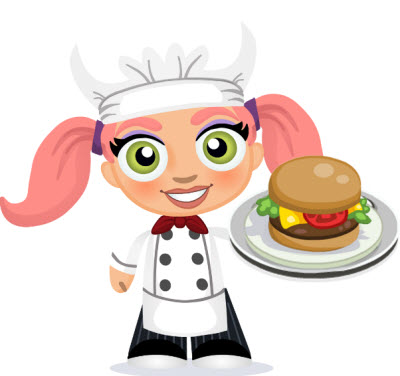 When I started at Zynga in 2010, I joined the team running the game Café World.

Café World had an incredibly bright and hard working set of folks who were struggling to get releases out on time and hit business targets.  Things got much better over time, though it took some focused effort.

My General Manager (GM) wrote a report each week, summarizing the state of the game from a business perspective.  Part of that report featured a green / yellow / red team health assessment, with a short explanation of the reason for the status.

So once a week the GM would ask me how the team was doing, and I would respond with something like

or on another week

Flaming red, we had outages twice in the middle of the night last week, half the team was pulled into it and a couple of guys are ready to quit because they’ve haven’t slept since last Tuesday

In spite of my feedback, the team health in the weekly reports almost always trended to yellow.  This happened on other teams, too. When I inquired about this, I heard something like this

I called BS on this and suggested that we start an anonymous team health survey, and mark the team health objectively based on the survey data.

The weekly health survey was created with the following goals

To this end, the survey featured 4 simple questions focused on

The survey also requested that the individual identify their current team and (optionally) their current role (engineer, product manager, artist, …). 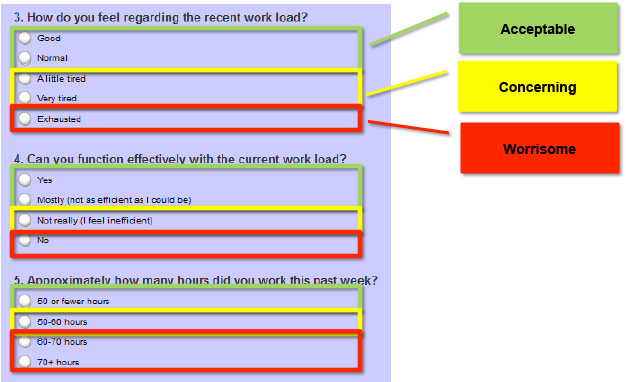 This image shows how the survey questions might be partitioned into green / yellow / red categories.

This part is, of course, subjective, but once decided upon leads to consistent evaluations and apples-to-apples comparisons between teams.

Although the surveys originated on the Café World team, they rolled out over time to include many other teams, eventually covering the majority of teams at Zynga.

What results did we see from running the surveys?

The immediate result of the surveys was that we could spot obvious hot spots (directly from the multiple choice questions, or indirectly from the free-format comments). This created an opportunity for prompt follow up and corrective action with the affected teams.

However in a broader sense two trends were observed over time

As a result, the first trend was a reduction in variation between teams.

The second trend it is less obviously a result of the surveys, but it was pleasing to see nonetheless.

This entry was posted in Management, Uncategorized, Zynga. Bookmark the permalink.